and three with college degrees in dance.

We Pride Ourselves in Having One of the Most Knowledgeable and Experienced Faculties in the Area!
Dance is fun. It is no less fun to learn from a professional teacher and is ultimately more rewarding! 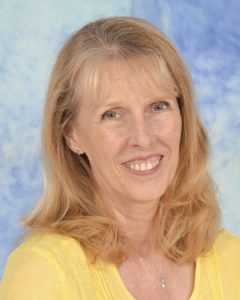 Dancing since the age of two at the Joyce Vignes School of Dance in New Orleans, Debby has been certified by test to teach by Dance Masters of America, Louisiana Dance Masters, and Dance Educators of America. She is currently a board member of Dixie Dance Masters Chapter #37 and is a certified examiner for the organization.    In 2007 Debby Dillehay and Staci Gelpi were trained in the Leap n Learn early childhood development pre-ballet program personally by author Beverly Spell and child psychologist, Dr. Annie W. Spell. Leap n Learn is designed to develop the “whole brain” with the right hemisphere accessing feeling and emotion and the left hemisphere serving as the technician and organizer.  She became certified in Yoga  by Next Generation Yoga in September 2011 and specializes in Restorative Yoga.  She is certified in the Progressive Ballet Technique program (PBT).  Debby has been labeled by many master teachers and competition coordinators as having a most professional attitude. Her professionalism has produced many outstanding dancers, including professionals. Her dances have been invited on performance tours of the Soviet Union, Poland, China, Spain, The Caribbean Festival of the Arts in San Juan, and Australia. She has been commissioned by other out-of-state and local studios, as well as being guest faculty at Dance Olympus. Debby has produced many regional and national title winners including Louisiana’s Petite, Junior, Miss Dance, Junior Miss DEA, Miss DEA Mid-South, Teen Mr. DEA Mid-South, Miss Dance of Dixie, Petite Miss, Junior Miss, and Teen Miss & Mr. Dance Dixie. Her students have won scholarships to study all over the country, dance scholarships to major universities. Her students have obtained employment at theme parks, dance companies, the Disney Hunchback premier, Superbowl half-time shows, and was chosen (as a group) to perform at EPCOT Center in Disney world. Debby was elected for “Who’s Who Among America’s Teachers” for the years 1996 & 2000 and Who’s Who in America’s Executives and Professionals for 2003. She has received choreography awards from Dance America & the American Dance Awards. In 2001 she received the “Teachers’ Choice Award” from fellow dance teachers. She was nominated for Woman of the Year for 2004. Debby is a past President of Dixie Dance Masters and is currently on the board of that organization. She was “Teacher in the Spotlight” in Dance Studio Life Magazine in 2009 and was interviewed and appeared in Dance Teacher Magazine in 2010 as well as Dance Studio life in 2013.  In June 2015 she received the local “I Can Be” Award given to women who exemplify courage, confidence & contribution and is extremely grateful for the honor. 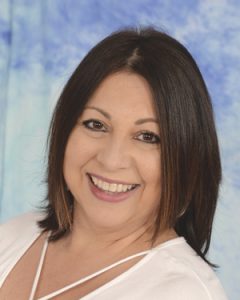 Dancing since the age of two, Staci graduated from the Joyce Vignes School of Dance in 1990. She was on the faculty of JVSD as assistant and associate teacher from 1990 until the school s closing in 2004. At that time, she joined our faculty as assistant and substitute teacher before becoming a full faculty member. Staci performs for many events as an adult member of the Debby Dillehay Dance Troupe. She has judged many local dance team auditions. In 2007 she was trained in the Leap n Learn early childhood development program and has attended two refresher programs since that time. Staci is certified by test to teach by Dixie Dance Masters and Dance Masters of America and is now a Nationally certified teacher examiner for that organization. She is a board member of Dixie Dance Masters Chapter # 37.  Staci continues to study new techniques by attending workshops and the DanceLife Teacher Conference. 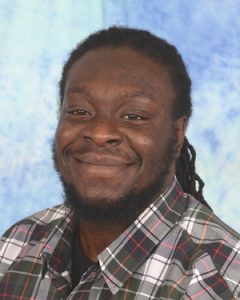 Fresh from Broadway Dance Center in New York City, E.J. taught a hip hop workshop in March and April of 2007. He was such a success with the students and parents, that we decided to keep him around. E.J performed with the 730 Dance Company and the Queenz Finest Dance Company in New York. He also danced with the Dillard University Diamond Dance Team for two years before leaving to study dance and perform in New York. 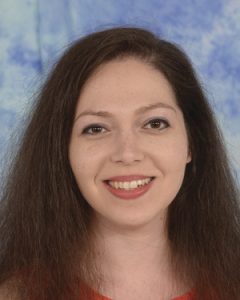 Corey is a native of New Orleans, graduating with a B.F.A. in Dance from Temple University in Philadelphia. She studies at the Martha Graham Institute in New York City and has traveled to Europe visiting Trinity Laban Dance Conservatory in London and PARTS in Brussels, Belgium. In March 2015, her choreography was chosen to represent Temple at the Northeast Regional American College Dance Association. At that time, she was also invited to audition for the Tanztheater Wuppertal Pina Bausch Company in Wuppertal, Germany. Corey trained at the Debby Dillehay Dance Studio where she was a member of both the Dance Troupe and the competition team. She graduated from the New Orleans Center for the Creative Arts (NOCCA). Of special interest is her passion to explore a variety of dance cultures to create an innovative fusion of techniques and movement styles.  Corey continues to study the art of dance traveling to New York to study especially with the Martha Graham group. 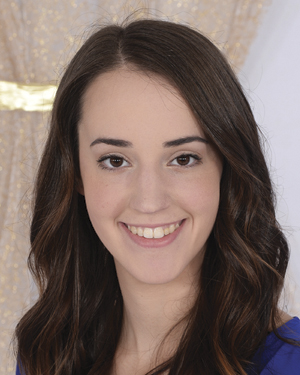 Gabrielle is a New Orleans native. She began dancing at the age of 3 at a the Debby Dillehay Dance studio participating in competition team as well the non-profit dance organization, The Debby Dillehay Dance Troupe. Gabrielle has taken summer intensives with the NOBA (New Orleans Ballet Association) program giving her the opportunity to learn from many companies such as Ballet Hispanico, Urban Bush Women, and Paul Taylor. She is certified in Pilates Mat 1 & 2 as well as Progressive Ballet Technique (PBT). Gabby graduated in May from The University of Southern Mississippi with a Bachelors in Fine Arts in Dance Performance and Choreography. Gabrielle was a member of USM Repertory Dance Company for 4 years. Gabrielle was given the opportunity to perform at the American College Dance Festival Association in multiple states throughout America. She has taught in multiple studios throughout both Louisiana and Mississippi. 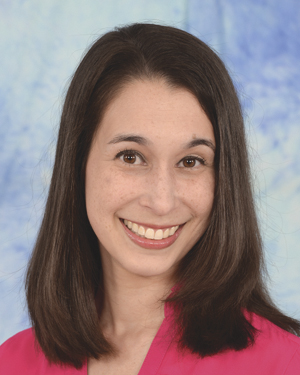 Faculty
Erika Guiberteau is a native of New Orleans. At the age two, she began her dance career at The Debby Dillehay Dance Studio. She graduated with a B.F.A. from Oklahoma City University in dance performance. She has danced for Vince Gill, Amy Grant and Boa. She choreographed Baton Rouge Playmakers Production of “How I became a Pirate” and the award-winning children’s film “King Red and the Roar Into Action Kids”. She is the choreographer for the World’s Our Little Miss Scholarship Competition. She has won Best Choreography awards from Star Systems, VIP, and Starpower competitions. With over 10 years of teaching experience, her dancers have won numerous awards, scholarships, and titles. 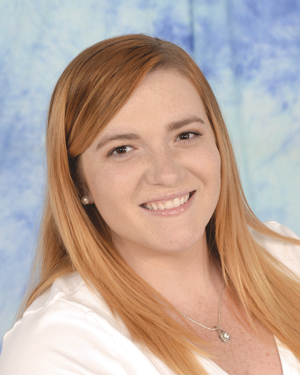 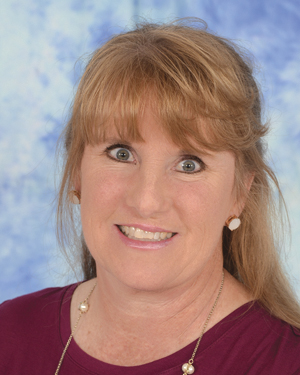 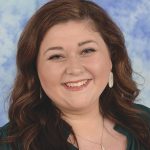 Voice & Musical Theater Coach/faculty
With over 10 years of vocal training and performance experience, Katherine offers originality and creativity in her voice lessons to help students achieve their musical goals. She is an accomplished musician who has experience with both ensemble and solo singing techniques.  She formally sang with Mount Carmel Academy’s all women competition choir, as well as in the Brother Martin and Mount Carmel mixed competition choir. Katherine also sang with Mount Carmel’s liturgical choir with experiences as a cantor and was able to sing at several weddings and events. She was selected as a member of Louisiana’s Women’s All-State Choir and Mixed All-State Choir for five years with recognition as one of the top five members in her section for four years. In 2009 she was selected to travel to New York City to participate in Peter Sklar’s Beginnings Workshop where she received advanced training and advice for the enhancement of skills in the pursuit of auditions for Broadway, dance, film, television, commercials and print. During that time Katherine studied voice with recording artist Athena Reich and founder of Whole Body Voice, Ruth Williams Hennessy. Katherine took all she learned through these experiences to the stage performing in several musical productions during career including Thoroughly Modern Millie, Anything Goes and she even played Ursula in our 2010 recital Beauty and the Beast. Katherine is a recent graduate of Louisiana State University with a Bachelor of Arts in Mass Communication. During her time as LSU, she sang as a member of LSU’s women’s choir and used her performance experience to create songs and dances to welcome incoming students as an LSU Ambassador. She was also selected as a member of LSU’s Homecoming Court in both 2012 and 2016.  Katherine held several student government positions and was named to LSU Tiger 12.